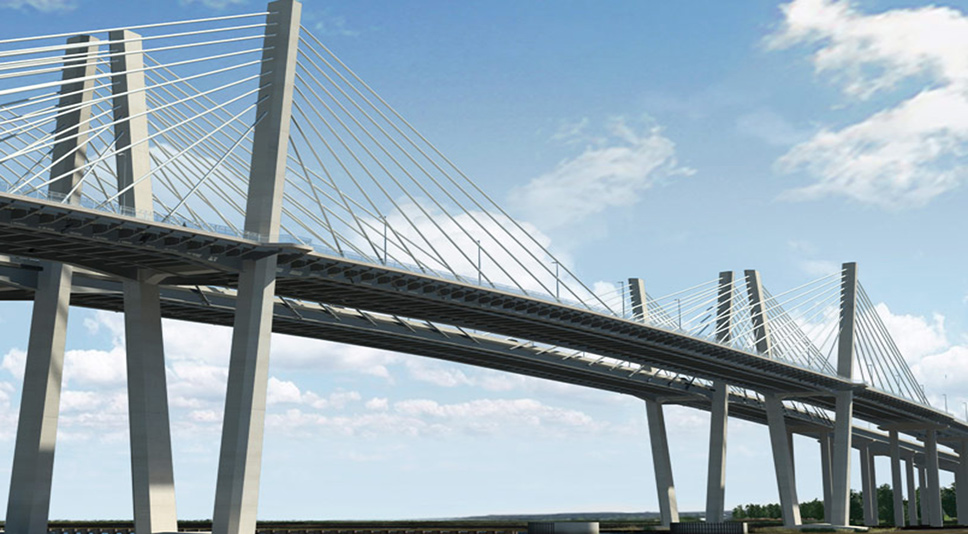 The Goethals Bridge consists of two cable-stayed bridges, one for each direction, joining New Jersey to Staten Island in New York City. Two IRD Virtual Weigh Station (VWS) systems were designed into the bridge replacement project, one on the New Jersey side for the eastbound traffic and one on the New York side for the westbound traffic. The end user is the NJ/NY Port Authority with Kapsch being the ITS integrator and our direct customer. Each VWS system is an independent 3-lane system with two side view cameras and three infrared License Plate Reader (LPR) cameras.

The New York side has inline Single Load Cell (SLC) weigh-in-motion scales while the New Jersey side has staggered SLC scales. The New Jersey side was designed with staggered SLC scales to compensate for the road curvature and changing slopes in the roadway, which can affect weigh-in-motion (WIM) accuracy. The staggered scale layout allows the system to weigh the vehicles in two different locations as it passes through the system. This increases the accuracy of the system by helping to cancel out the increased vehicle dynamics resulting in a very accurate WIM system. All the lanes were calibrated with two trucks and speed bins resulting in 1% or less average error and 1.5% or less standard deviation in all lanes. 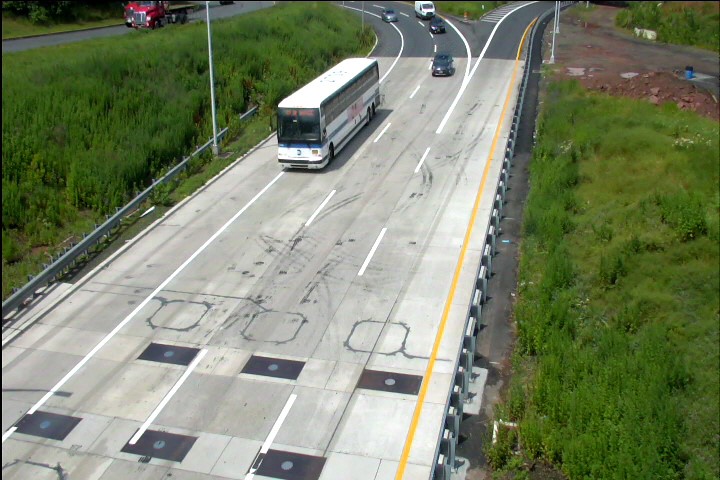 SLC Scales on the New Jersey Side of the Bridge

The project had many challenges that resulted in the evolution of some products and the development of others. One of these product evolutions was with the SLC scales. Due to high lane closure costs at this location and the resulting need to reduce maintenance requirements on SLC Scales, the project inspired the creation of a new stainless steel hatch cover design that was used for the first time at this site. Typical recommended inroad SLC maintenance frequency is every 12 to 18 months. With the Stainless Steel hatch covers, inroad SLC maintenance frequency can be safely increased to 3-5 years. This results in maintenance cost savings of $40,000 or more, depending on lane closure costs, per lane over the average life span of the scale. 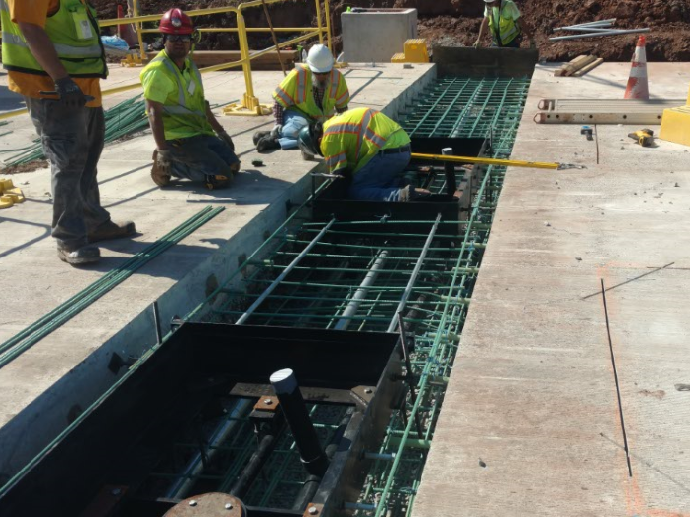 A significant project challenge was the NYC traffic volumes. 40 million vehicles a year are expected to travel over the Goethals Bridge. Because of the high traffic volumes, the data processing, network bandwidth, and file storage requirements needed for all the cameras would be a significant challenge. As a result, a new app that distinguishes between commercial and passenger vehicles was developed. It allows the system to trigger the cameras for commercial vehicles only, which are the ones of interest. This drastically reduces load and demands on the system. 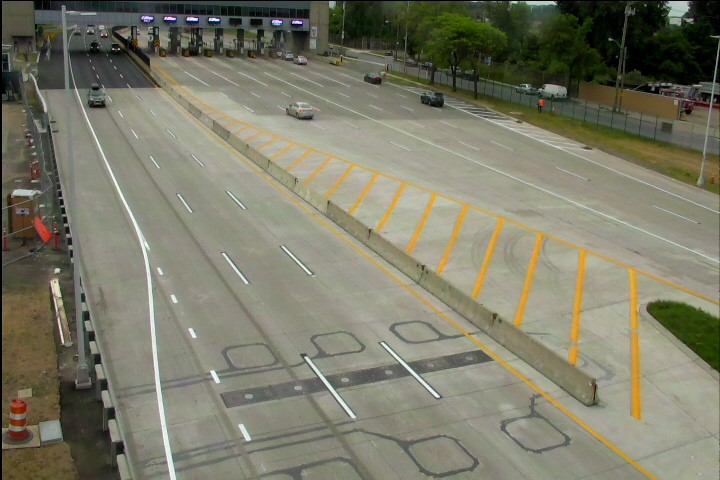 SLC Scales on the New York Side

Advancements to IRD’s iAnalyze® and Autopoll software packages were also required because of project requirements. The software was enhanced to provide the ability to pull vehicle data and images from the VWS database instead of from the iSINC roadside controller.

These are just a few of the major innovations that occurred with this project that will find their way into future projects. The project schedule was very dynamic as we had to coordinate installation tasks with other bridge work and lane openings. At times, it was very demanding but the team pulled through and was able to meet or exceed every important scheduling milestone. The system has been operating for a couple of weeks now allowing the end user, NY and NJ Port Authority and their enforcement group, an opportunity to use the systems. Almost immediately, they identified interesting trends in vehicle traffic and related that they are excited to have this new tool in their toolbox. As gratifying as it is to get positive feedback on a project, it’s even better knowing that all our future customers will benefit from advancements made to IRD’s products and systems.