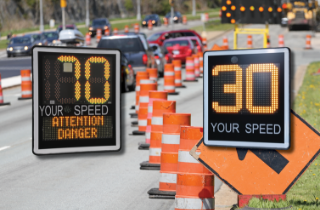 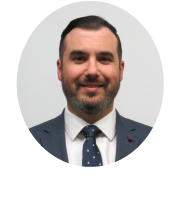 How to Slow Down Traffic

Sometimes it seems like everyone is in a hurry – rushing to get to work, late for an important appointment, or even competing with other cars to get to the next intersection first. Whether it is human nature or the result of the ever-quickening pace of the modern world, we have all seen it in action. There are times, though, when we need to slow things down to protect vulnerable people: children on their way to school, seniors visiting a medical center, workers on paving projects, or paramedics helping people at the site of a car accident. In those situations, a speed display sign can effectively remind drivers to slow down for safety.

What are radar speed signs?

Radar speed signs, also referred to as Dynamic Speed Display Signs (DSDS), are variable message signs that display the speed of approaching vehicles. Since IRD acquired ICOMS Detections, we can now offer two of the best radar speed signs on the market. After some development work to make the signs fully compliant with MUTCD, we have added the signs to our North American product line. The new North American model displays the speed in the required yellow on black, with a second version that varies the colors displayed based on speed (green/orange/red). These color-changing signs are also a good option for applications such as construction sites and private facilities. 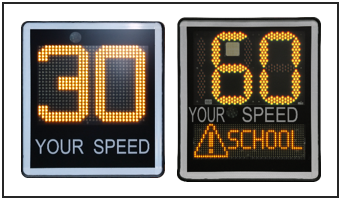 Both the I-SAFE 1 and I-SAFE 2 models offer something more than basic speed display signs. The I-SAFE 1 can display customized pictograms or text, and the I-SAFE 2 displays a customizable text message displayed simultaneously below the vehicle speed. These features are valuable as the addition of features such as color changes, strobes, and text messages have been shown to increase the effectiveness of dynamic speed display signs in getting drivers to slow down.

Radar Speed Signs work by getting the driver to notice their speed and take action. Dynamic speed signs increase in their effectiveness as they progress from simple speed display through color changes and custom messaging:

IRD supplies radar sign models with these sign features, but also offers one more attention-getting method. All I-SAFE signs are equipped with a strobe that can be activated at a customizable speed threshold. This feature is best reserved for drivers travelling well over the limit who need an insistent reminder that they are exceeding a safe speed.

In some locations, such as school zones or work zones, there are clearly vulnerable people at risk and a radar speed sign is warranted. However, how do you decide when to put a radar speed sign on a normal residential street? A commonly used guideline by traffic engineering professionals is that a radar speed sign is justified when vehicle speeds are recorded in the 85th percentile that exceed the posted speed limit by 5 mph (8 km/h) or more at a specific location. However, this is not necessarily intuitive to the public and may not be the only factor considered. Some other issues that suggest a radar speed sign can be a good option for a site are:

One of the biggest reasons for using a radar speed sign may not be based on data and statistics alone, but on public perception. If residents of a neighborhood believe that a street close to their home has a lot of speeding drivers, they may ask their local government to take action immediately to improve safety. In these instances, a portable radar speed sign gives the responsible agency the capability to respond with a quick solution, while also collecting objective data on driver behavior to see if further traffic calming or other measures to reduce speeds are required. Both I-SAFE sign models come with these needs in mind and collect traffic speed data.

Once you have started using radar speed signs, how do you know that they are an effective part of your safety program? Unless you have a high volume of visible accidents at a specific location, it is often difficult to see immediate measureable feedback for reducing the amount of avoidable speed-related accidents. So how do you evaluate your speed sign program? Well, I-SAFE speed signs have a solution built in – both the I-SAFE 1 and I-SAFE 2 are able to collect data while operating, allowing you to effectively measure before and after effects of driver behavior. The traffic data collected by the sign can be easily downloaded to a Windows computer or Android device over a Bluetooth connection or by transferring directly to a USB flash drive. 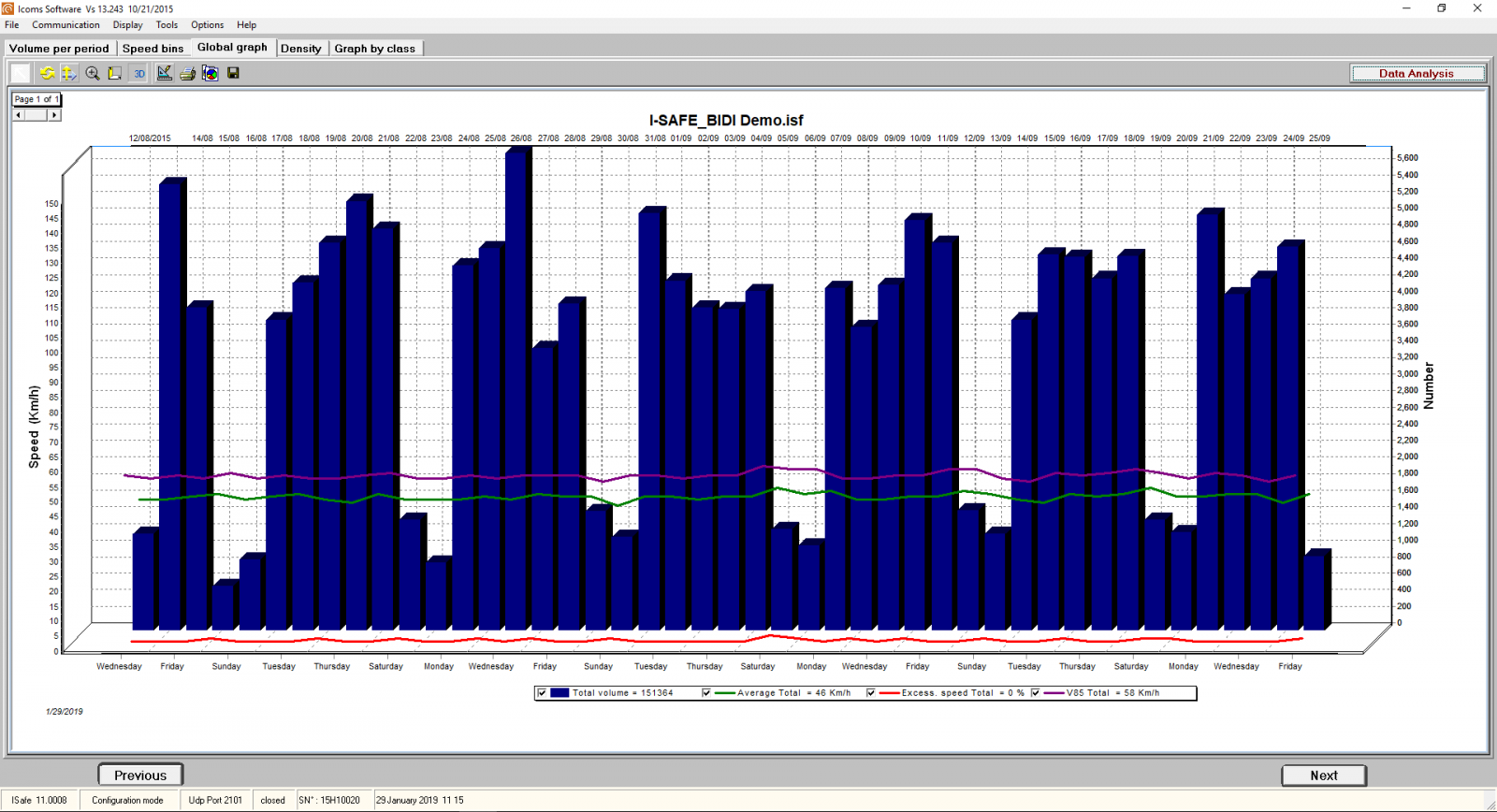 At roadwork or emergency response sites, it makes sense to use portable signs that can be set up for the period workers will be at the site. In traffic calming applications, studies have shown radar speed display signs are most effective at reducing vehicle speeds when first installed, so it can be an effective strategy to raise awareness of vulnerable road users at one site and then move the radar speed sign to another site to get the “new sign effect” again.

I-SAFE electronics and sensors are self-contained within a single enclosure for increased portability and rapid installation. IRD’s I-SAFE signs use a removable battery pack for portable power that lasts weeks between charges.

We started this post by noting some situations when it is desirable to slow down traffic, but how clear is the relationship between vehicle speed and pedestrian safety? With today’s revolution in city planning and design, we can expect non-motorized traffic to increase. With more pedestrians and bicycles on our streets, it has become very important to understand the risks faced by vulnerable road users. Studies have shown that higher speeds result in both higher accident rates and higher fatality rates when accidents occur. Over about 35 mph (60 km/h), the fatality rate rises rapidly in passenger car/pedestrian accidents. 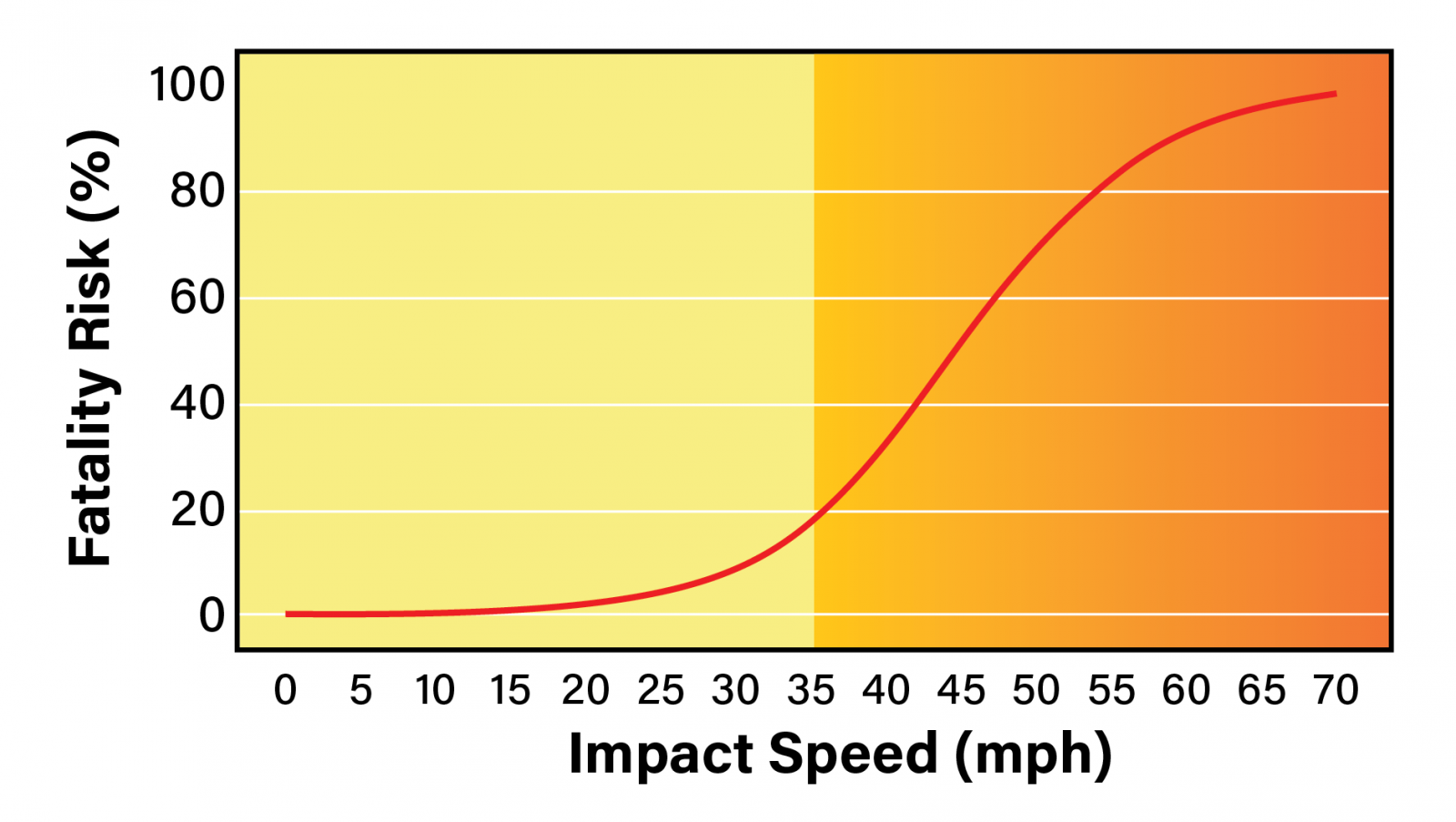 Encouraging drivers to limit their speed in pedestrian areas is a major factor in preventing fatal collisions.