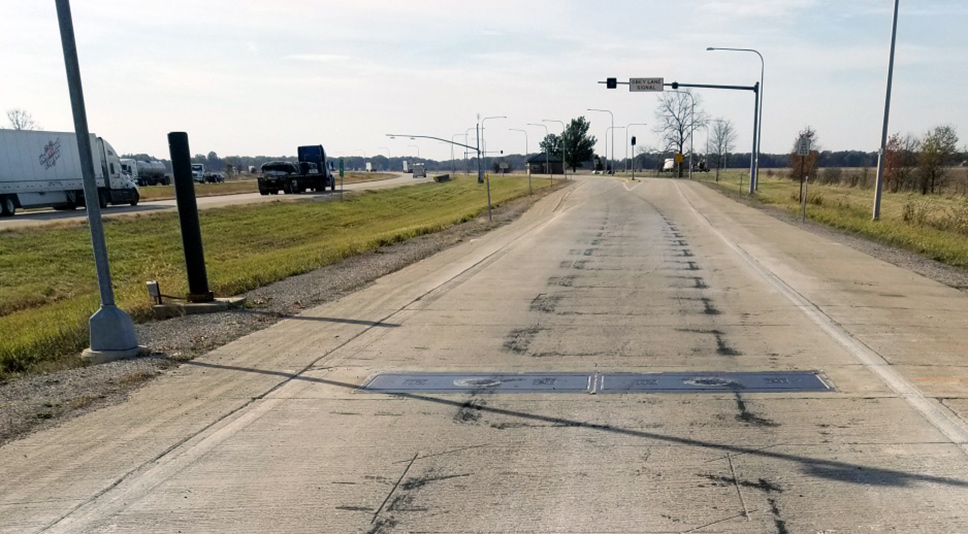 IRD is using its deployed WIM and data collection infrastructure to help State agencies assess the impact on commercial and non-commercial traffic volumes due to COVID-19. Information collected at weigh stations throughout the country are an indicator of changing patterns in traffic. Of particular interest are changes in traffic patterns compared with prior time periods, as well as upon government executive orders to combat the spread of the virus. Below there are some examples.1

The first image shows a comparison at one weigh station between March 2019 and March 2020. The decline of total vehicle traffic compared to prior year traffic is evident starting March 21 when Gov. Pritzker issued a ‘Stay-at-home’ order.

The second image shows the change in traffic flow in March 2020 measured at 16 Weigh Stations in Illinois, broken down into vehicle classes 1-3 (passenger), classes 4-7 and classes 8-13 (heavy commercial vehicles). This graph shows a similar decline starting March 21, but also an initial decrease on March 15 when the Governor closed bars and restaurants. 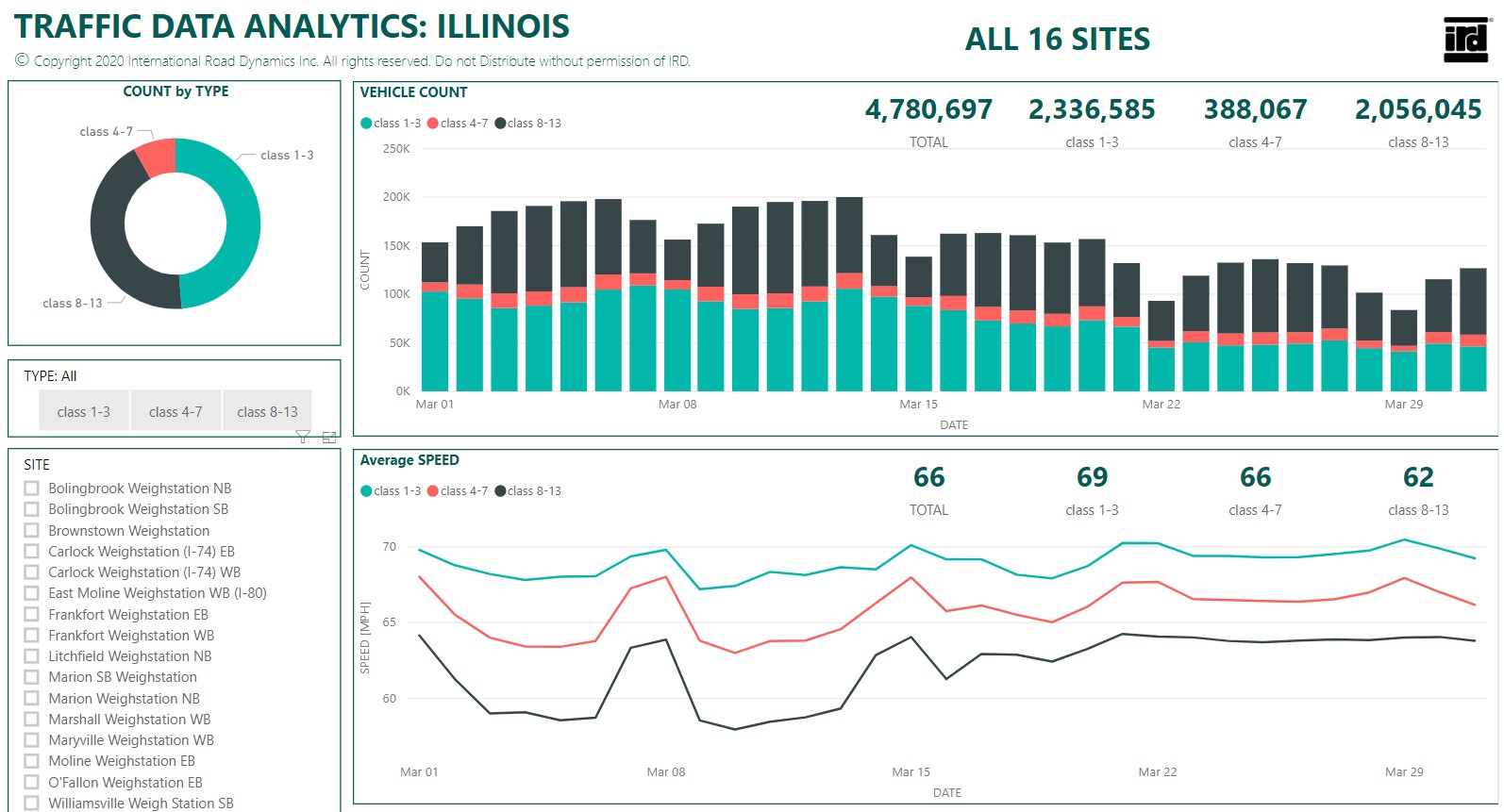 A further analysis of changes in heavy truck and passenger vehicle volume comparing a rolling seven day period to the prior seven days shows that while the decrease in  passenger  vehicle traffic accelerated after March 25, the relative decrease in heavy commercial vehicle traffic on a rolling seven day window did not accelerate significantly. That said, in every seven day period after March 16 there were fewer heavy commercial vehicles travelling compared to the previous seven weeks. 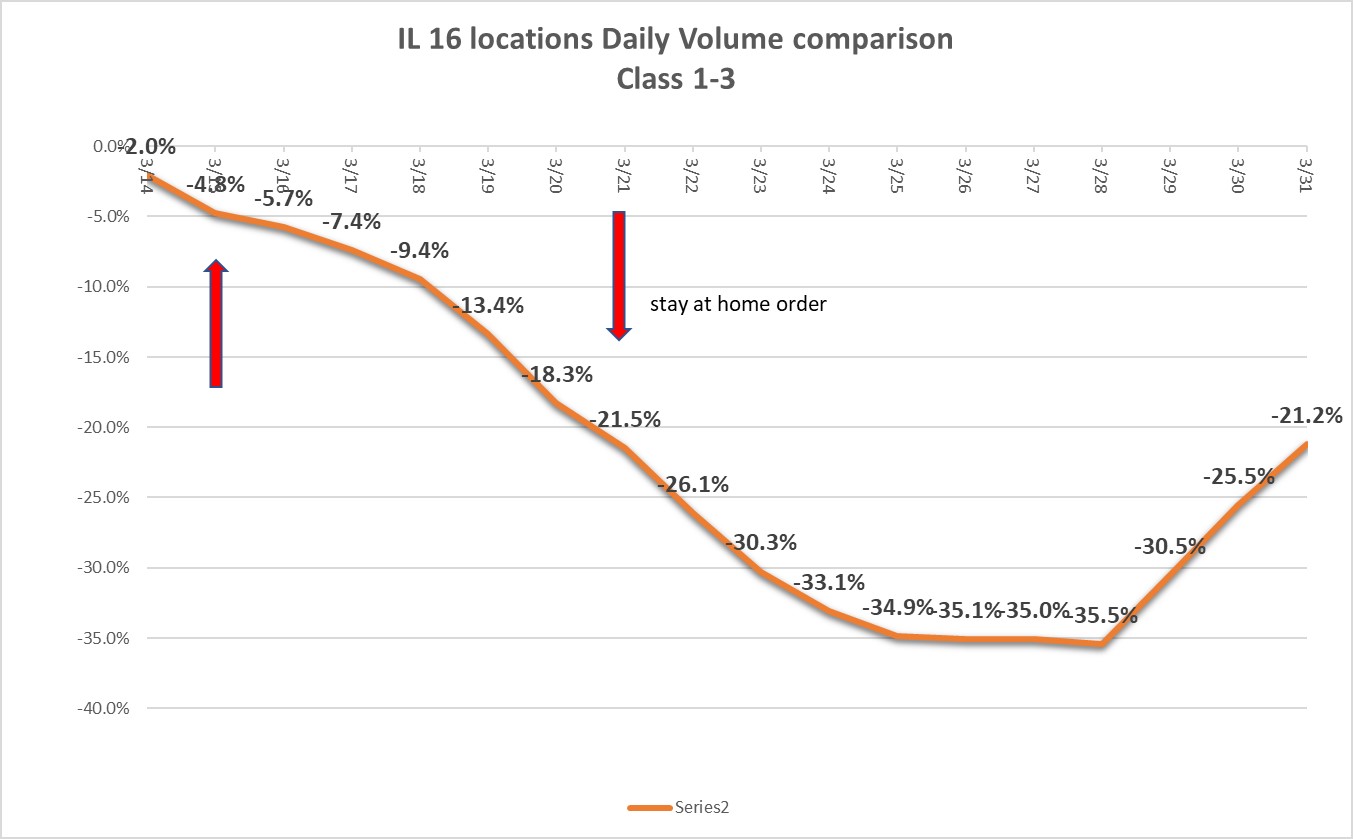 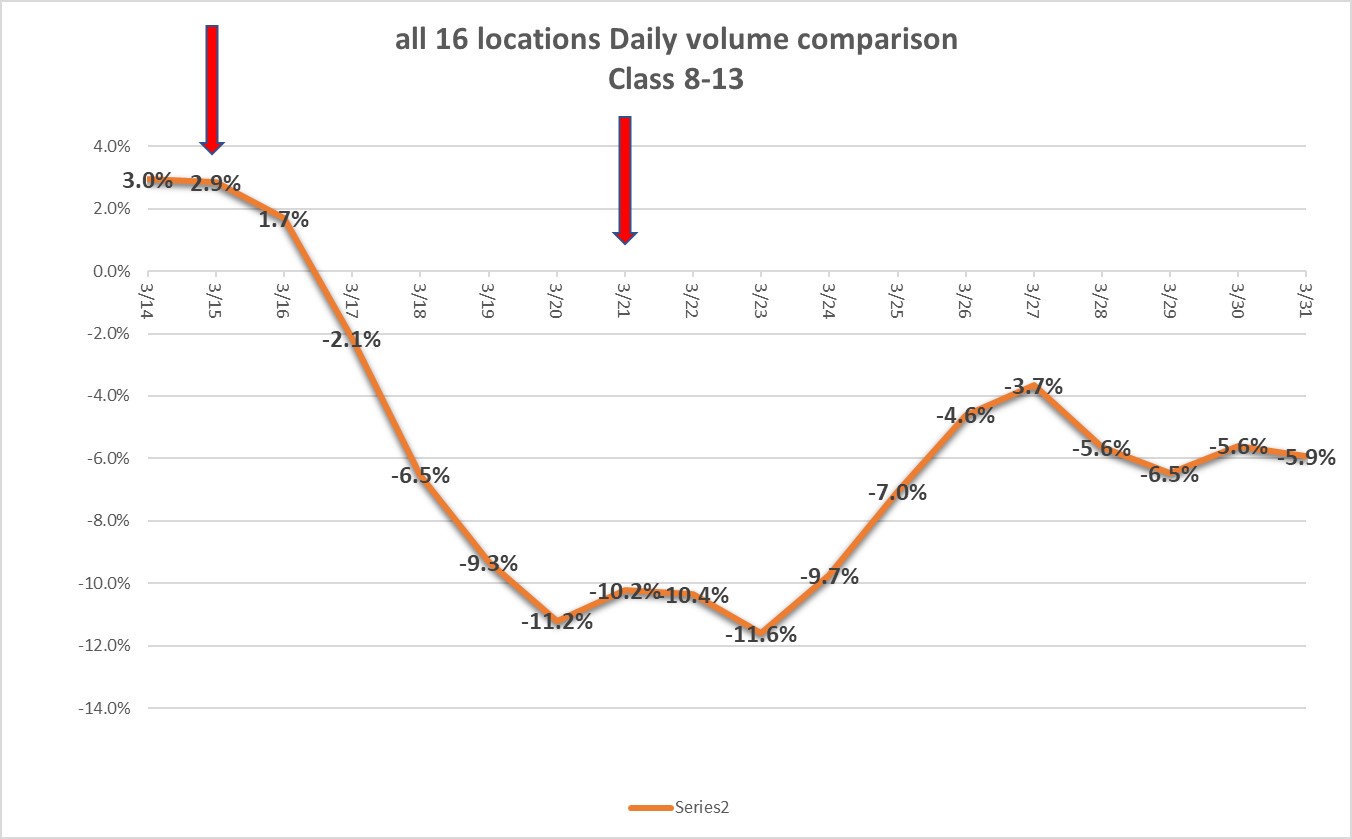 Such information helps the DOTs and state governments determine the impact of COVID-19 on passenger as well as commercial traffic in different locations, helping them plan for future disruptions due to external events. It shows the value of providing accurate data on our nation’s transportation system in situations like these. Maintaining the transportation network has been deemed ‘essential’, and IRD is continuing to support the DOT’s and our customers worldwide in the operations and maintenance of their infrastructure equipment.

1 Data is not collected from all lanes at a particular location and therefore is not intended to provide total traffic volumes or a complete data sample.