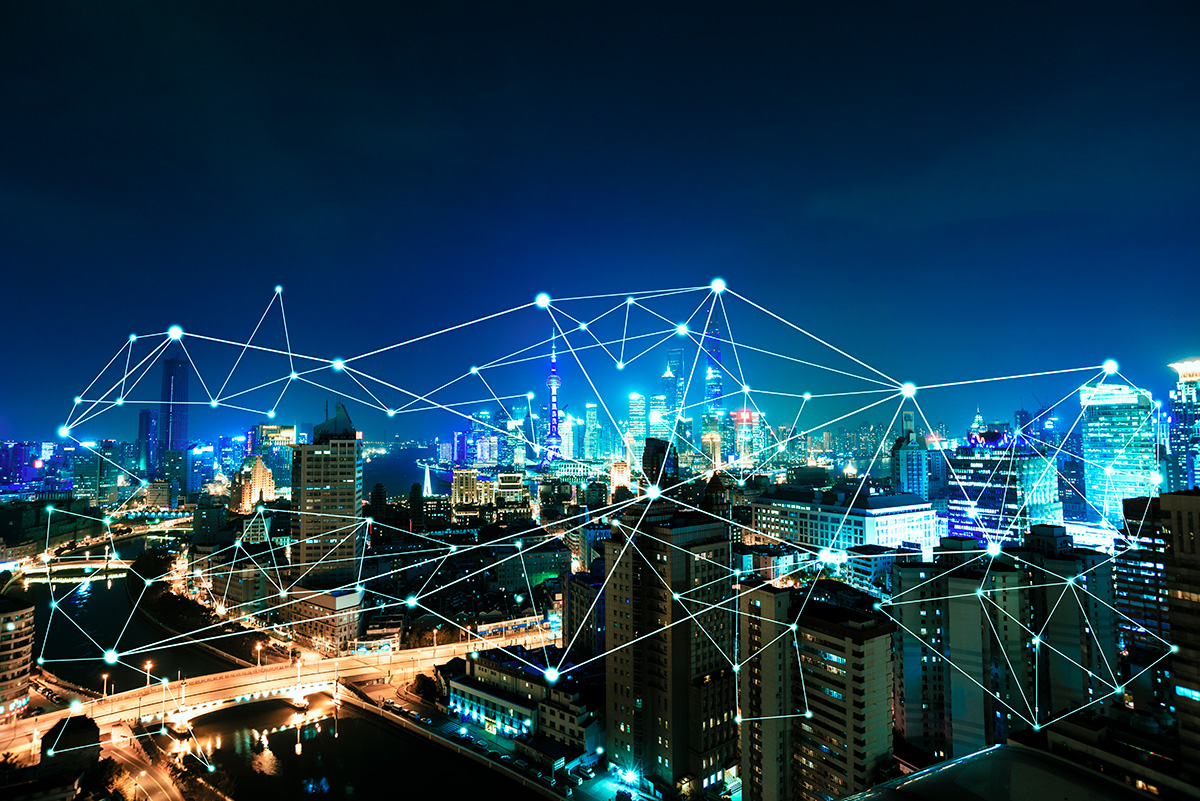 Many cities around the country have planned and implemented smart street lighting projects. At first glance, it may be surprising that the humble street light would be chosen as an early part of a smart city initiative, but the economics of replacing high-pressure sodium light bulbs with LED is compelling.

In many cases, the investment can be recouped in energy and maintenance savings in as little as 5 years. It makes a lot of sense to consider additional measures to make street lighting smarter while changing the bulbs. This makes Smart Street lighting a very attractive starting point for a smart city initiative.

The Emergence of the Internet of Things

The Internet of Things (IoT) is an emerging phenomenon that has the potential to revolutionize our lives. We are currently witnessing a global enhancement and expansion of the current Internet that goes beyond connecting computers to include millions of connected devices such as sensors, domestic appliances, and electricity meters, to name a few. According to Dr. Petros Xanthopoulos, Assistant Professor of Decision and Information Sciences at Stetson University in Florida, the Internet of Things can also include toilets, dog houses, baby onesies, mattress covers and egg trays. To give you an idea of how the IoT might become pervasive in our lives, consider the following scenario painted by a senior manager from the Nissan Car Company at a Transportation Telematics Conference [1]:

“A driver named Pat drives to work in his autonomous car. His smart watch and seat belt sensor detect that his blood pressure and heart rate are elevated, so the car switches to soothing music and a back rub. Arriving at work, the car drops Pat off and proceeds on its own to a prepaid parking spot. It asks the home refrigerator to check for healthy food, and finding none, it places an order with a local health food store. When Pat decides to clock out early, the car alerts a connected thermostat to start cooling his house earlier than usual. The car figures out the best route home. It automatically pays tolls along the way. And it plays a comedy movie on Pat’s screen to help him relax”.

It is likely that the IoT will provide the fabric that connects a wide range of transportation sensors and smart devices. Smart cars will interact with smart city infrastructure that senses changes in transportation supply and demand, smart street lighting will play a significant role in this interactivity and connectivity

Transportation in smart cities is likely to move along with the “smart” trend, with infrastructure-based sensors for traffic and transportation, traffic signal controllers and connected vehicles. It is likely that the IoT will support close interaction between vehicles and roadside infrastructure, intelligent back offices, and the driver. The Nissan scenario also shows interaction between the connected vehicle and non-transportation applications. It is obvious that smart city transportation solutions will have a significant role in the IoT and that steps should be taken to harness this emerging capability.

Aligning Transportation with the Internet of Things

Smart streetlights offer an early possibility for aligning transportation with the Internet of things. As stated earlier, the economics of replacing high-pressure sodium with LED bulbs is compelling. The Internet of things can be harnessed as part of the same initiative by making use of the lighting columns to support an integrated network of sensors for various functions, including emissions, weather, ambient light and even gunshot detection. Since, by definition, street lighting must be at the roadside, street lighting poles also lend themselves to acting as traffic sensors.

This is where IRD’s nonintrusive radar sensors can deliver value. IRD’s iCOMS sensors provide presence detection, data collection, and data analysis capabilities for pedestrian and vehicle modes of travel that can be transmitted to a data collector for further processing. These sensors can serve as edge devices within an overall Internet of Things approach to pedestrian and transportation sensing. Using Doppler radar technology, the sensors can detect at a variety of ranges out to 250 m and can be installed at heights of 1 m to 4 m above the ground depending on the desired application. Data provided can include time, speed, length, direction, and distance of the detected objects from the unit. Units are self-contained, weatherproof, compact and weigh as little as 0.9 kg. They can be configured for wireless connectivity to back office infrastructure and can be solar powered if required. This all contributes to making installation and operation simple and cost effective.

The Sensor's Role in the Smart City

A smart city will require more sensing and intelligence to identify threats and opportunities and develop appropriate strategies. Sensors installed as part of a smart lighting program will be interconnected and linked to a smart back office where the data from the sensors can be turned into information that forms the basis for better responses and better transportation management strategies. IRD experts can also help to deliver the smart back office to work together with the sensors.

IRD is leading the way towards building the Internet of Transportation with connected microwave sensors. The term “Tripping the light fantastic” means to dance nimbly. We are helping our clients adopt just such a nimble approach to smart street lighting by offering sensor options for smart street lighting that improve sensing while harnessing the power of the Internet of Things.