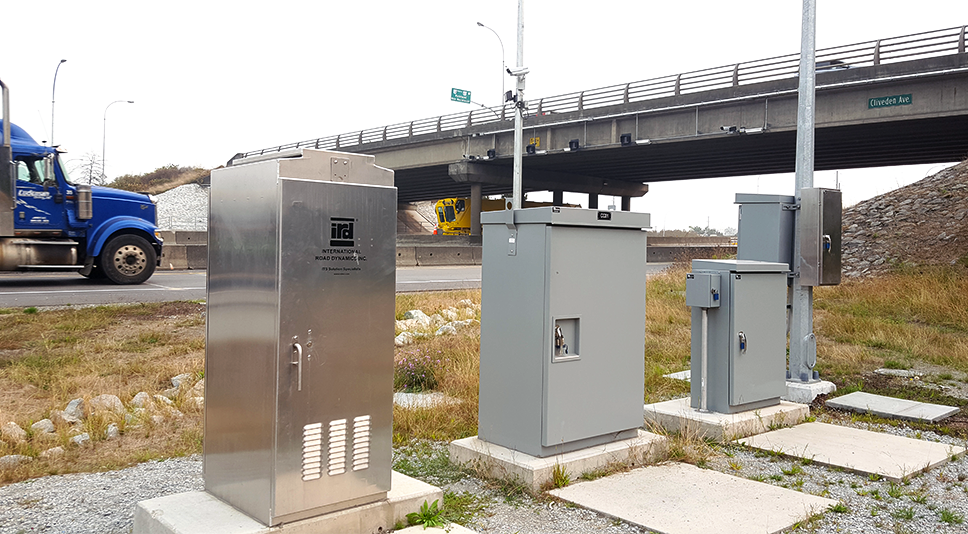 If you were to ask the operators of most weigh station preclearance programs why they use Weigh-In-Motion and E-Screening, they would say, “efficiency.” These technologies provide immense assistance to agencies that would otherwise struggle to carry out all the commercial vehicle weight and safety inspections with the resources available to them. However, there is another major reason for adopting preclearance programs: reducing carbon emissions from commercial vehicles.

Improving the flow of goods through a trade corridor

The Government of British Columbia’s Commercial Vehicle Safety and Enforcement (CVSE) agency made emissions reduction a consideration in the design of their preclearance program from the outset. Weigh2GoBC is designed to reduce greenhouse gas emissions while accelerating the flow of goods through the Pacific trade corridor.

When a vehicle equipped with a Weigh2GoBC transponder passes a weigh-in-motion enabled station at highway speed, Weigh2GoBC checks the vehicle dimensions, weight, and compliance with specific B.C. regulations electronically and signals the driver to proceed or check-in for inspection. Once a commercial vehicle has entered a Weigh2GoBC corridor, it can be given a bypass at all subsequent inspection stations for the next 24 hours. 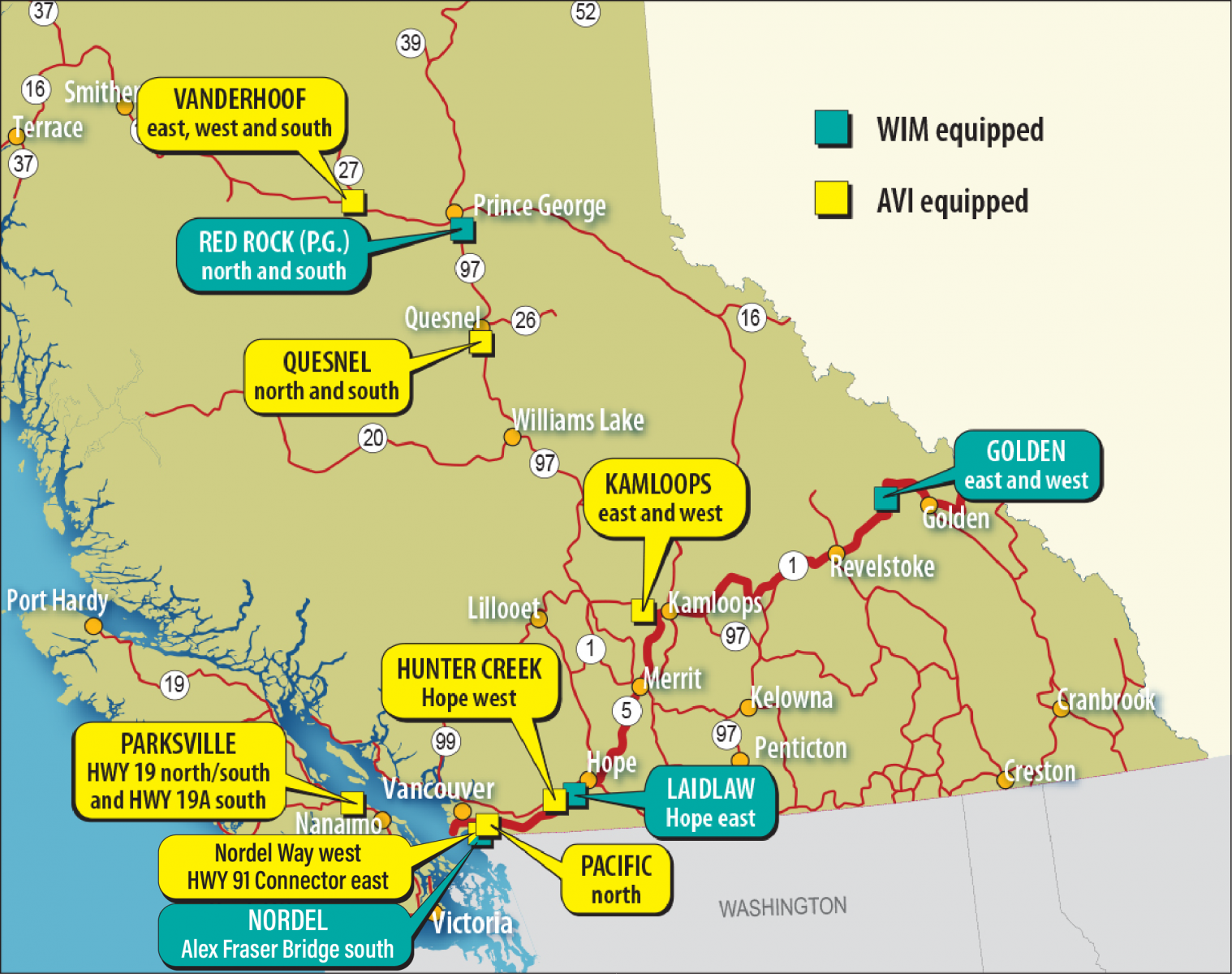 So how do these bypasses contribute to cleaner air and reduced emissions? Every bypass means less time that a heavy truck spends idling at a weigh station. The more trucks that are lined up in a queue waiting to be weighed, the longer each vehicle is delayed as it waits for the queue to clear.

Each liter of diesel fuel produces 2.66 kg of CO₂e (carbon dioxide equivalent). Commercial vehicles also produce other emissions, such as volatile organic compounds (VOCs), carbon monoxide (CO), and oxides of nitrogen (NOX), known to contribute towards air pollution and smog. Heavy Trucking makes up a significant portion of BC greenhouse gas emissions (approximately 15% of provincial emissions amounting to 8.9 million tonnes per year). For each bypass, approximately 1.12kg of GHG is saved. Heavy vehicles use 3-4L of diesel fuel in an hour of idling. As each bypass saves 10 minutes of idling, on average, the estimate is derived from 0.6 L of fuel per bypass.

Bringing together the right technology

To make this program work, the British Columbia Ministry of Transportation and Infrastructure contracted with International Road Dynamics in 2007 to supply much of the technology for the Weigh2GoBC program. Vehicles are weighed by Weigh-In-Motion (WIM) Scales and Sensors. The system uses IRD’s iSINC® WIM electronics at the roadside to control the scales/sensors and other technologies at site. These include cameras, DSRC (Dedicated Short Range Communications) antennas to read vehicle ID transponders, WIM scales, and other in-road sensors used to weigh and screen vehicles. IRD also provided overall system integration and software development for this complex province-wide E-Screening system. IRD provides ongoing maintenance and service to ensure the uninterrupted operation of Weigh2GoBC systems.

The Nordel site is the newest site added to Weigh2GoBC. The Alex Fraser Bridge and the Nordel Weigh Station can become very congested, and Weigh2GoBC helps to reduce the congestion by giving bypasses to commercial vehicles that get a green light. Six lanes of WIM have been added on the southbound approach to the Alex Fraser Bridge. WIM lanes are on the north end of the bridge for vehicles heading south from Richmond, New Westminster, and Annacis Island. 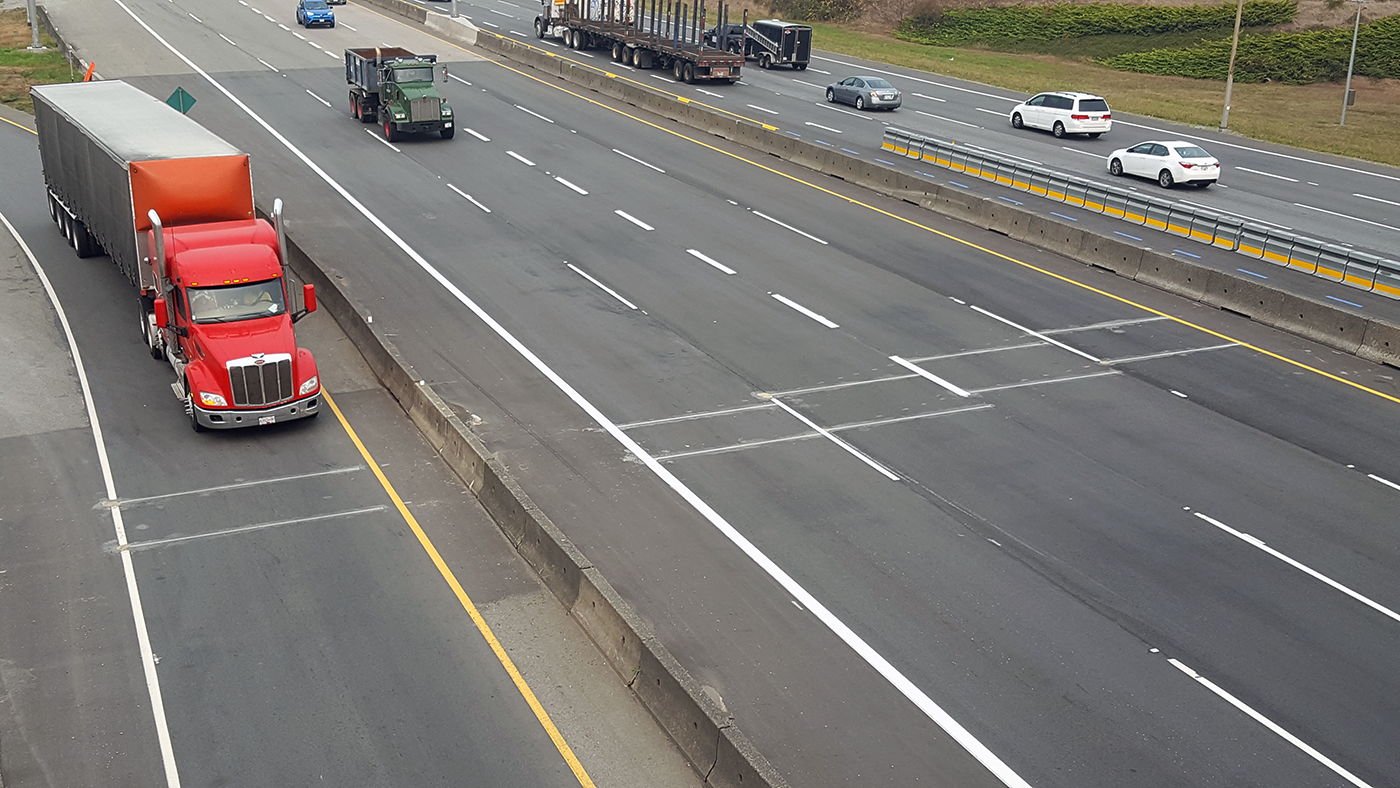 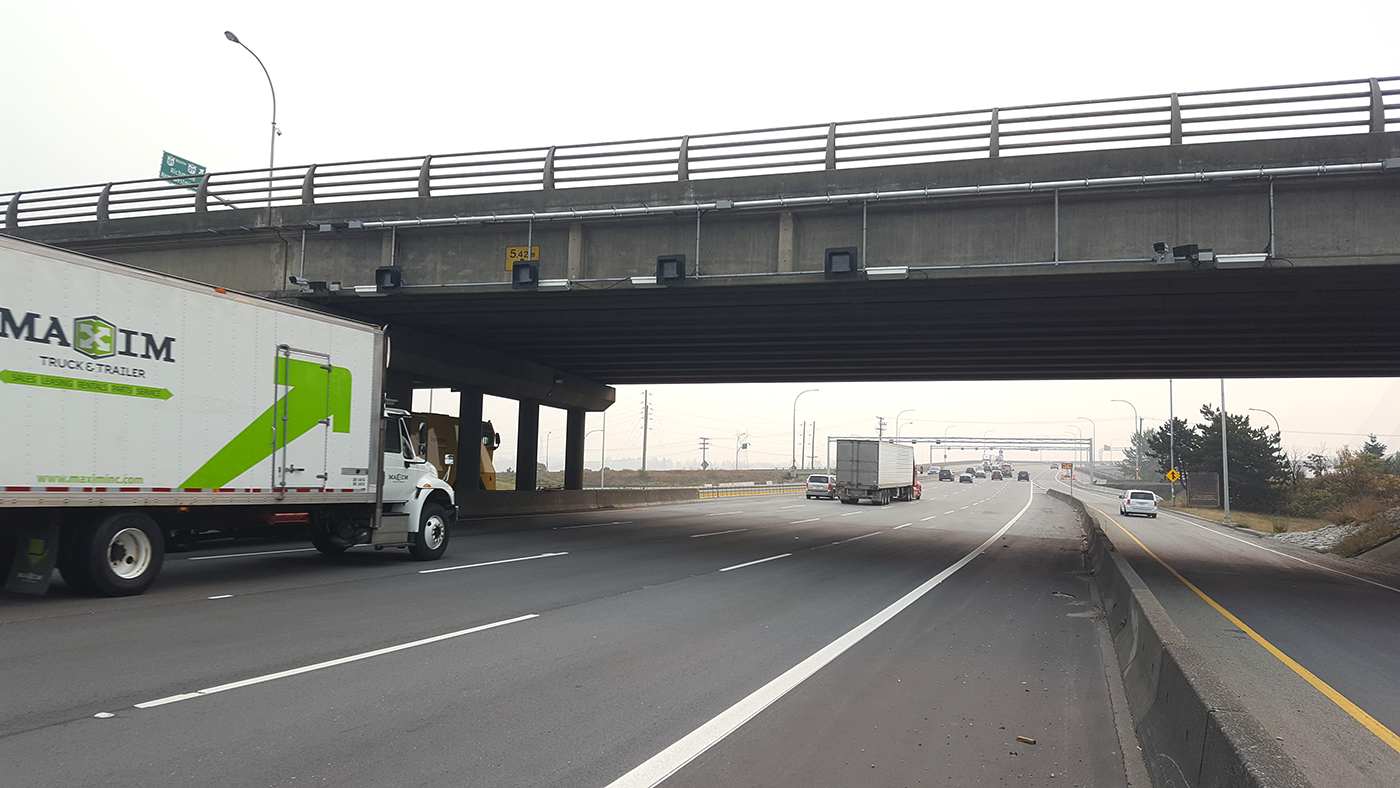 Those commercial vehicles which are directed to the weigh station, but do not pull in, have their images recorded by camera for further follow-up by commercial vehicle enforcement authorities. BC officers may pull those vehicles over for inspection and weighing on portable wheel load weigher scales further along the highway.

Alternatively, commercial carrier safety inspectors may review the vehicle images and weight records later for follow-up with the carrier and vehicle operator.

The Weigh2GoBC Program has a data-sharing agreement with the State of Washington allowing automated bypass benefits for trucks in both jurisdictions. The system also receives data from the Norpass and Prepass programs, enabling carriers and vehicles in those programs to be signaled when traveling throughout British Columbia.

Weigh2GoBC has been a great success for British Columbia’s Ministry of Transportation and Infrastructure. It has been well received by participating commercial carriers and has won an ITS Canada Award for Innovation. The program continues to attain the desired environmental benefits, cost savings, and efficiencies.