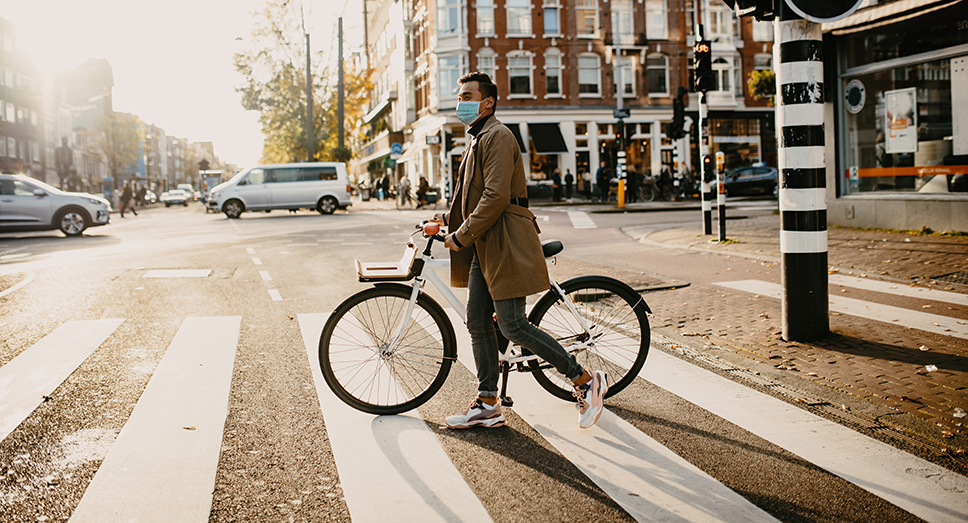 Maximizing the safety of vulnerable road users is a big challenge for mobility and infrastructure planners. The newest generation of microwave sensors could be the game-changing technology that makes it easier to protect them from the risks they face at intersections.

Vulnerable road users are defined as anything smaller than a motorcycle — cyclists, users of electric scooters, and in particular pedestrians — and, in the past, they have tended to be lumped together as a single homogeneous group. Often they have been provided with shared carriageway space.

In many places, bicycles, scooter users, and pedestrians still intermingle or the separation between them is little more than a painted line. However, the reality around vulnerable road users is complex.

Size matters when there is conflict between road users

The truth is that, where safety is concerned, size and relative mass matter greatly. In the same way that a small car — even the most modern with the most advanced safety features — is going to come off second-best in a collision with a larger vehicle, so a pedestrian is likely to suffer the most in a collision with a bicycle. A speeding bicycle can be fatal to a pedestrian, as has been proven in numerous cases that have resulted in convictions and prison terms for dangerous or negligent cyclists.

A concurrent challenge is the emphasis on getting people out of private vehicles and either onto mass transit or else using non-motorized mobility. This has the potential to further polarise the traveler safety issue.

The reasons for the push are well-intentioned. Addressing over-reliance on private vehicles, the majority of which are single-occupant, especially during peak commuting times, will reduce congestion and pollution. Encouraging people to walk and cycle more often has major benefits in terms of personal and public health. It helps to counter the obesity problem so prevalent in many developed countries and also reduces mobility-related particulate emissions.

Research and traffic management will make a difference

The ability to better sub-divide and classify travelers according to mode — and, in particular, speed — helps to improve safety and increase efficiencies. Both mass transit and vulnerable road users can be given the leeways and capacities they need to make travel and infrastructure perform better in all respects.

Icoms Detections, part of the IRD group, is a specialist in above-ground sensor technology for urban applications. These include intersection/traffic light monitoring and control, as well as an increasing number of solutions designed to detect, classify, monitor and protect vulnerable road users.

Providing the data which supports operational and planning decisions is the key to a smarter future and Icoms has a successful record of adapting to meet local standards and conditions.

A big advantage of its technology is its rapid time into service and its mobility. This means that it can support both permanent and temporary deployments — for instance, the cycle lanes which have been set up by local authorities in order to give people more mobility options during the pandemic.

A recent landmark for Icoms has been the implementation of solar-powered mobile detection systems in Preston, England. Similar technology is also about to be deployed on a wide scale in Belgium, France and the Netherlands.